This new device acts as a laser trip wire to detect movement during ghost huntings. You can use it with any laser or even just a simple flashlight. Simply place the light source at one end of a room, then set the Light Trigger on the other end directing the light into the sensor to make a connection. When something passes between the two, the device will alert you to this ‘tripping’.

With this sensor you will be able to detect movement between two points and document it. This device is helpful on cases where you may have had claims of activity including footsteps, shadow persons and moving objections. Just point a light source into the sensor and turn it on. The Light Trigger device will alert you to an event if anything breaks the connection – blocking the light between the sensor and light source. If you are confident no one was around, what was it? Was it a ghost? For proper documentation, you’ll want to ensure a camera is ready and recording to catch the activity.

Combine with a Laser Grid or Pointer

Intended as a natural counterpart to a laser grid, this device serves to cover a room with like a sentinel looking and alerting for light anomalies. Just setup the Laser Grid GS1 as you normally would to project on a wall or area where claims of activity have been reported. Then set the sensor on the other end with the laser light shining directly into the Light Trigger sensor. It will then alert if the light in the sensor goes out, thereby, letting us know if something passed in the area causing the light to break.

Are you a fan of the ‘flashlight experiment’? If so, this new product is for you. The Light Trigger was built to be a companion with the flashlight during a paranormal investigation. This experiment involves a flashlight to attempt spiritual communication. The investigator will ask questions in and await the flashlight to turn on or off in response to questions or an an answer to questions. You’ll need a certain type of flashlight that has a spring at the battery connection and twists at the end.

The tough part about this experiment is it generally requires you to sit there and stare at the flashlight the whole time in order to see the responses. Wit the Light Trigger, you’ll now be alerted to these light fluctuations without being bound to it for hours staring into a blinding flashlight. This device can do that for you and save you to work on other experiments until alerted. It will alert with sound and light to indicate the flashlight has changed (on or off) and COUNT the number of times it changes. 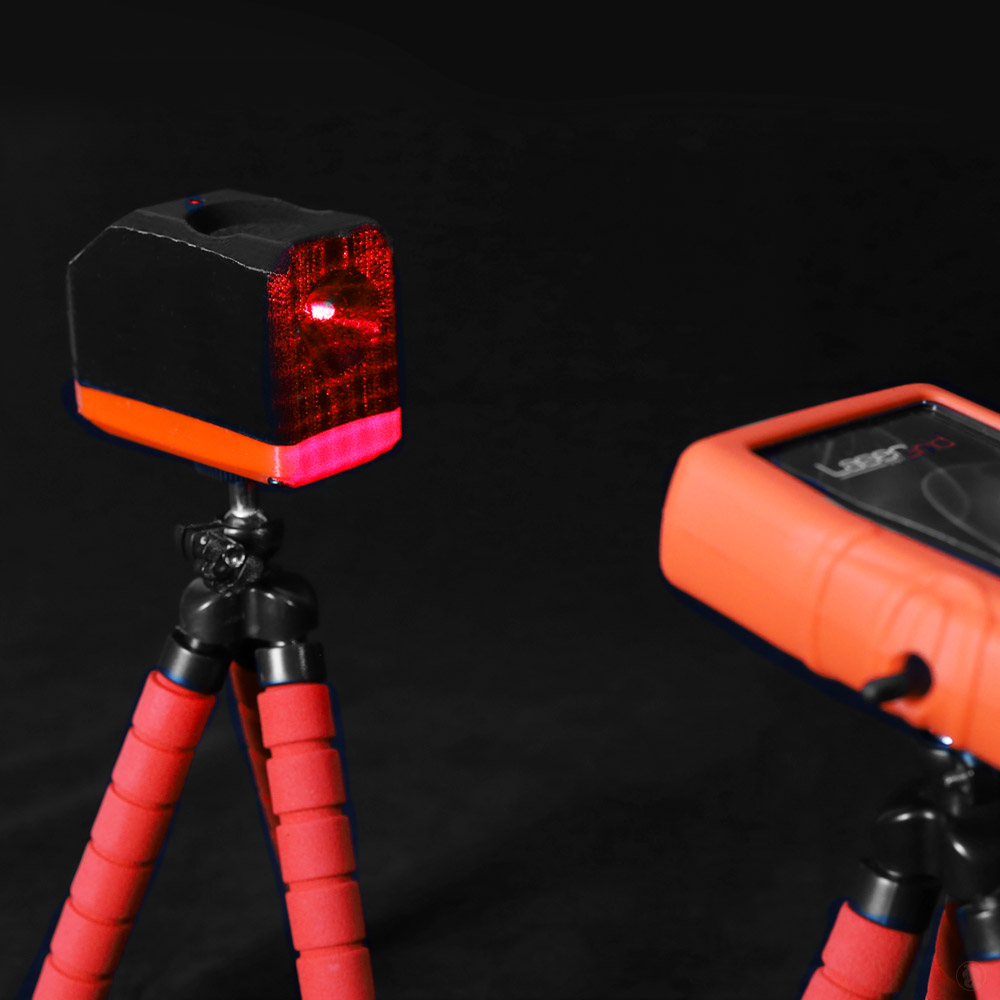 The main goal of the Light Trigger is to detect movement in a certain line to detect ‘trips’ without us having to be tied down all night staring at it. This tool alerts with sound and a small LED that will stay lit for about one minute. This gives us time to come back to the room to check on the device. Once this happens, it’s now a good time to start some communication.

The Light Trigger was built with a key features of event logging. Alerts when something happens is helpful. But, unless you’re in the room and taking notes or recording with video (which you should), it’s just a story. The Light Trigger will detect each trip as an ‘Event’ then show a number on the screen. This number is a total number of times the device has been tripped. You don’t have to note each one – it’ll add each one. So, imagine you’ve left it set in an empty room at ‘2 Events’ and come back an hour later and the display shows ‘5 Events’. In this case, the device was tripped 3 times in your absense. So, then you’ll have to find out what tripped it while you were gone. Was it a teammate? Maybe a pet? If not, you might be dealing with something paranormal.

First, it’s rechargeable via USB. You can also plug it into a wall outlet or battery pack for unlimited use. It’s lightweight and compact for ease and portability. There is a tripod mount allowing it to be mounted to a tripod. We’ve also found that the sensor can also see infrared and ultraviolet light. This is helpful in case you want to investigate on the down-low using only IR light

More information about the  Light Trigger by GhostStop